Objectifies risk of PE, like Wells’ score.
When to Use
Pearls/Pitfalls
Why Use

The rGeneva can risk-stratify patients into low, intermediate or high risk based on history and physical exam alone. Many use it as an alternative to the Wells’ PE criteria to determine those patients that are low enough risk to rule out pulmonary embolism with a d-dimer serum test and avoid the use of CT angiography and ultrasound. 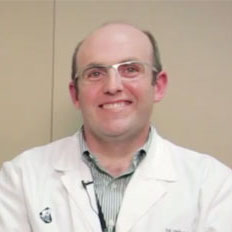 Why did you develop the Geneva Score (Revised)? Was there a particular clinical experience or patient encounter that inspired you to create this tool for clinicians?

I developed the revised Geneva score as part of a research project when working as a fellow in the team of Profs. Bounameaux, Perrier, and Righini at Geneva University Hospital. The previous version of the Geneva worked well but required an arterial blood gas analysis, which in daily practice was less and less often used, limiting the applicability of the score. Another objective was that the score would be fully standardized, i.e., without any variable requiring physician's gestalt assessment.

What pearls, pitfalls and/or tips do you have for users of the Geneva Score (Revised)? Do you know of cases when it has been applied, interpreted, or used inappropriately?

Important to remember that it has not been validated in inpatients with suspected PE.

In contrast with other clinical decision rules for PE, all patients with a low or intermediate pretest probability can undergo a D-dimer test, which will rule out PE if negative.

Also, the score uses both symptoms (reported leg pain) and signs (pain at palpation and edema). Note that to give points related to signs of DVT, both pain at palpation AND edema should be present.

How do you use the Geneva Score (Revised) in your own clinical practice? Can you give an example of a scenario in which you use it?

Pretty much in all patients with a clinical suspicion of PE. I only do the score (and the D-dimer test if the score is non-high) in patients in whom I am ready to order a CTPA should the score be high probability or the D-dimer positive.

Interesting developments have been the PERC Rule, which is aimed at assessing which patients with chest pain or shortness of breath could safely not undergo any testing (not even a D-dimer test).

Also, the development of the Age-Adjusted D-dimer test further increased the yield of non-invasive test, and was proven safe to use in combination with the revised Geneva score.

Grégoire Le Gal, MD, PhD, is a professor in the Division of Hematology at the University of Ottawa, a physician in the Thrombosis Program at Ottawa Hospital, and a Senior Scientist in the Ottawa Hospital Research Institute, Clinical Epidemiology Program. He has 330 peer-reviewed publications and research interests include the diagnosis and management of venous thromboembolism (VTE) and the derivation and validation of clinical decision rules for VTE.