Estimates the risk of stroke after a suspected transient ischemic attack (TIA).
When to Use
Pearls/Pitfalls
Why Use

The ABCD2 score can help physicians risk stratify stroke in patients presenting with a TIA.

The ABCD2 score was developed to help physicians risk stratify patients presenting with a TIA for how likely they are to suffer a subsequent stroke.

There are approximately 250,000 transient ischemic attacks (TIAs) diagnosed in the United States annually.

The ABCD2 score may help physicians identify those patients with TIA who are at very low risk of stroke and may be appropriate for an outpatient work-up vs. those who are at increased risk and may benefit from hospital admission. 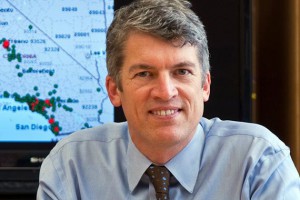 We designed the ABCD2 score to be a simple clinical prediction tool for use in triaging patients presenting with acute TIA. It was based on risk factors identified in cohorts from Northern California and Oxford, England, optimized to predict the 2-day stroke risk. It was initially validated in independent cohorts from those two locations but has now been validated in many other populations. It works pretty well but is far from perfect. Imaging information, such as whether an acute infarction is present, can also be very useful for prognostication and is not incorporated into the score. Although the score has been incorporated into guidelines for hospital admission and more detailed evaluations, it should not be used in place of clinical judgment. For example, a young person with a history of IV drug use and a new murmur presenting with a brief episode of facial tingling might have an ABCD2 score of 0 yet may be at high short-term risk of stroke.

S. Claiborne Johnston, MD, PhD is the Director of the Stroke Service at the University of California, San Francisco, where he is Professor of Neurology and Epidemiology and Director of the Clinical and Translational Science Institute (CTSI). He has published extensively in the prevention and treatment of stroke and transient ischemic attack. Dr. Johnston has been honored with multiple awards including the American Academy of Neurology’s Pessin Prize for Stroke Leadership.