Use in patients with cryptogenic stroke found to have PFO and no other compelling cause for stroke.

Patients with cryptogenic embolic ischemic strokes found to have PFO. 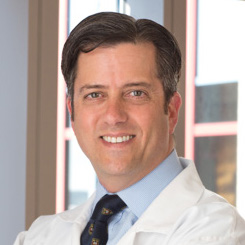 From Dr. Kent and Dr. Thaler:

Why did you develop the RoPE Score? Was there a clinical experience that inspired you to create this tool for clinicians?

The RoPE score development was motivated by the challenge of identifying which cryptogenic strokes may be attributable to a PFO. This has been a vexing problem since PFOs are so common in the general population (~25%), and are also frequently identified in cryptogenic stroke patients. The score offers insight in how to disaggregate from within a cryptogenic stroke population those PFOs which are related to the stroke from those which are more likely to be incidental findings.

In this, the RoPE score is (to our knowledge) unique across all risk scores or clinical prediction models because it purports to predict something that is inherently unobservable in any individual patient—the attributable fraction, that is the likelihood that a PFO discovered in a patient with cryptogenic stroke is causally-related to the stroke. The key insight is that the probability that a patient with cryptogenic stroke will have a PFO (which is observable and predictable) can be leveraged through Bayes’ theorem to predict the likelihood that a discovered PFO is causally-related to a stroke in a particular setting.

The RoPE project emerged from a conversation between the two of us over a decade ago. This led to a collaboration between a stroke neurologist with a longstanding interest in PFO and stroke (DT) and a general internist with an abiding obsession with how to better predict heterogeneous treatment effects (DK). The collaboration continues to this day, and we have been fortunate to work together on this problem with a large international team who have contributed both their data and their insights.

Who should the RoPE score be used for?

It’s meant to be applied to scenarios where a cryptogenic stroke has occurred in a patient with PFO, and no other compelling grade I cause for stroke has been found.

What recommendations do you have for healthcare providers once they have applied the RoPE Score?

The RoPE Score was designed to predict which patients are likely to have had cryptogenic strokes that are attributable to their PFO. The score does not directly predict who will and who will not benefit from closure, since that depends both on the probability that the PFO was causally-related to the stroke and the probability that the stroke will recur. One of our interesting findings is that while patients with a high RoPE Score are more likely to have a ‘pathogenic’ (rather than an incidental) PFO, they also appear to have a lower risk of stroke recurrence. Another wrinkle is that the method we used to derive the score that does not permit anatomic characteristics of the PFO (e.g. shunt size of the presence of an atrial septal aneurysm) to be taken into account—features that many clinicians feel are very important.

Therefore, at this time, decisions regarding which patients should be selected for PFO closure should be carefully weighed by the treating neurologist and cardiologist. The RoPE Score provides important information about the probable biological mechanism, which is key for making mechanism-specific therapeutic decisions, such as whether to close a PFO or treat with medication alone. Additional studies are necessary to better motivate firmer decision rules for patient selection.

Has the RoPE Score been validated?

The performance of the RoPE score was consistent across nine component databases, and was also externally validated in a small population of cryptogenic stroke patients under 50 years old. So we are fairly confident that it well predicts whether a patient with a cryptogenic stroke is likely or not to have a PFO.

The more important (though related) question is whether it identifies patients with cryptogenic stroke and PFO who are likely to have had a PFO-attributable stroke (e.g. from a paradoxical embolism). We recently evaluated the relationship between the RoPE score and the effect of PFO closure in 3 randomized trials (see Kent 2020). We found that the relative risk reduction for recurrent stroke in patients treated with closure is highly correlated to the calculated attributable fraction based on the RoPE score. This observation adds important empirical support to the theoretical claim (based on Bayes’ theorem) that the RoPE score identifies patients with CS likely to have a PFO that is pathogenic versus incidental.

Have you heard of cases where the RoPE score is misapplied or used incorrectly?

As described above, one potential misapplication or over-extension of the RoPE score is to use it in isolation to determine which patients with PFO should get closed. It was designed to predict which patients are likely to have had cryptogenic strokes that are attributable to their PFO. The next step, deciding which patients most likely to benefit from closure, needs to include other factors and should involve input from both neurologists and cardiologists.

David Kent, MD, MS is a Professor at Tufts University School of Medicine and Director of the Tufts Predictive Analytics and Comparative Effectiveness (PACE) Center. He also directs the Tufts University MS/PhD Graduate Program in Clinical and Translational Science. His research program seeks to better understand and address the limitations of using group-derived evidence as the basis for decision making in individual patients.