Estimates viability of an extremity after trauma, to determine need for salvage vs empiric amputation.
When to Use
Pearls/Pitfalls
Why Use

The Mangled Extremity Severity Score (MESS) was developed to discriminate between salvageable and doomed limbs in the setting of lower extremity trauma. 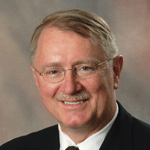 Why did you develop the Mangled Extremity Severity Score? Was there a clinical experience that inspired you to create this tool for clinicians?
Johansen: In the 1980s, while I was Chief of Vascular Surgery at Harborview Medical Center, the Level I trauma center here in Seattle, several trauma victims with severely damaged lower extremities died after vain (and, in retrospect, misguided) attempts at limb salvage. This experience reflected recent observations from other trauma centers (e.g. Bondurant et al from Houston), and led to a retrospective analysis of such patients to discern whether objective clinical and demographic data available early in such patients' course might predict the likelihood of success vs. failure in limb salvage efforts. A subsequent prospective trial, carried out at Harborview and at Tampa General Hospital in Florida, came to the same conclusion -- that grading soft tissue/skeletal injury, ischemia, presence of shock and patient age (a surrogate for medical comorbidities) seemed to predict limb salvage success/failure at a score of 7.
What pearls, pitfalls and/or tips do you have for users of the Mangled Extremity Severity Score? Are there cases when it has been applied, interpreted, or used inappropriately?
I do not believe MESS should be considered dependable, and therefore utilized for decision-making, in kids, in upper extremity trauma or to predict longterm functional outcomes. This is even though a number of publications have suggested the validity of MESS in each of these three areas (an example, I believe, of the phenomenon of "true - true - unrelated"!)
What influence do you think more recent advances in surgical techniques and technology have had on the performance of the MESS? Do you think the traditional cut-off of 7 for limb viability should be adjusted as a result?
This is a very important question. In fact, given the advent of improved imaging modalities, minimally-invasive revascularization techniques, the WoundVac concept, sophisticated free tissue transfer options, Ilizarov methods for limb-length discrepancy etc., I think MESS as we presented it in 1990 is obsolete and needs to be updated. The appropriate contemporary lower extremity threshold value (we avoid the term "cut-off"!!) may be up to 8 or even 9. We indicated this precise point -- that MESS was a "snapshot in time" which needed to be modified serially as new limb salvage techniques became available -- when we initially presented this scoring system. An editorial emphasizing this view, to be submitted to the Journal of Trauma, is in preparation.
Your score has also been validated in upper extremity. In your opinion, should a different cut off be used in the upper extremity?
Upper extremities are profoundly more important functionally than lower extremities are; upper extremity prostheses are much more primitive and less functional than lower extremity prostheses. Accordingly, in view of the fact that even a numb, insensate, immobile upper extremity may be of more use to the trauma victim than even the best upper extremity prosthesis, every effort should be made to salvage badly damaged upper extremities rather than amputating them.

Kaj Johansen, MD, PhD, is board certified in general and vascular surgery and practices at The Polyclinic and Swedish Medical Center. He is also a clinical professor of surgery at the University of Washington School of Medicine. Dr. Johansen provides care across the entire vascular surgical spectrum, with emphasis on thoracic outlet syndrome and gait salvage surgery.