Identifies high-risk patients for in-hospital mortality with suspected infection outside the ICU.

Use to predict mortality, NOT to diagnose sepsis, per 2017 Surviving Sepsis Guidelines. 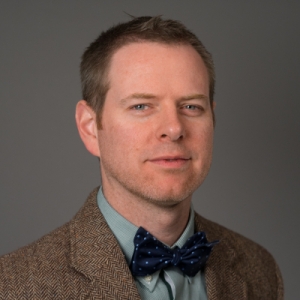 Why do you think it’s so hard to nail down a definition and criteria for sepsis?

Sepsis is a common and deadly syndrome, but there isn’t one checkbox or patient symptom that identifies them as having sepsis or not. Sepsis is a combination of suspected infection, that is causally related to life-threatening organ dysfunction. And patients can manifest that organ dysfunction in a variety of ways, whether it’s altered mental status, or difficulty breathing, or low blood pressure, or all of these together, and as a result, clinicians may encounter a patient with sepsis, but vary in both how fast they recognize this, and in whether they even call them septic or not. And this was what prompted the task force to get together and come up with more simple criteria to help clinicians with this task.

One of the qSOFA parameters is respiratory rate, which, as a vital sign, is somewhat notorious for being measured and documented inaccurately. What effect do you think this has on the qSOFA data, if any?

With any vital sign that’s recorded by nurses or clinicians at the bedside, there may be some that are more accurate than others. Our approach to analyzing the data from electronic health records and then forming the regression models to develop qSOFA, we developed by using the data from the record. We understand that there’s some issues with internal validity, i.e., the accuracy or reliability of those measurements, but we tried to balance those against what we call generalizability, meaning we used data from all patients from 14 centers to derive the score, and then validated it in millions of patients across more than a hundred hospitals.

So those incorporate hospitals that have great data accuracy, and some that don’t, and that hopefully balances out in the end.

We were very much encouraged by independent groups from the task force looking at similar research questions. So the paper from Australia in ICU patients found very similar results to what we found in our US and European data, which is that SOFA seemed to have greater predictive validity when combined with suspected infection than other scores. This was entirely consistent with our results.

The other paper was conducted by an independent group in emergency departments across many centers in Europe and did in fact externally validate the signal between qSOFA and bad outcome that are more common in sepsis than not. And so we think that it continues to support the original finding, again very large observational studies, by the EM community, that theirs were consistent with ours.

It's pretty clear in the paper that qSOFA was originally derived in patients who are already suspected of having infection, but it seems that clinically it's been mis-applied as a sepsis screening tool. Do you have any thoughts on that, or other examples that you know of where qSOFA is applied incorrectly?

You bring about a really important question, which is, how do patients with sepsis present? Some can present with both organ dysfunction and infection at the same time, or one bit of organ dysfunction may be present before the clinician suspects infection. It’s not always one or the other. When we approached the data analysis, we used people who had already had antibiotics and a body fluid culture and had suspected infection, and then asked, what other additional available data would identify this patient as likely to be septic or not? The application of that in real practice may be different because different people present in different ways.

I think, as a screening tool, this would imply that you’re looking at a window when no infection has yet been suspected by the clinical team, that I think any score, whether it’s qSOFA or others, is unlikely to fully capture and discriminate between those patients. The initial diagnosis of infection is a subjective determination by the doctor, and has been informed upon by the IDSA [Infectious Diseases Society of America], with a variety of symptoms, many of which can’t be objectively measured but are rather subjectively measured for the patient. So we wouldn’t be surprised if something simple like qSOFA does poorly to identify infection or not.

Can you tell me about your other research?

In general, our research program is figuring out ways to treat sepsis patients earlier. That involves both identifying them and exploring different treatments when they are in the ambulance before they get to the hospital.

We thought about using clinical tools like the qSOFA score in the ambulance, as well as other measures or biomarkers from the blood, so we’re currently analyzing a large NIH-funded cohort in a study called PIPELINE in which biomarkers such as procalcitonin, lactate, and inflammatory cytokines were measured in prehospital blood, perhaps as a way to improve paramedic suspicion for sepsis.

So if a patient is suspected to have sepsis, the question for the prehospital provider is, now what? And there are a few things to test. One might be direct administration of something like intravenous fluids, but also notifying the hospital of their patient who’s about to arrive. So, with funding from the University of Pittsburgh, we are working to develop a Think Sepsis App, which takes these elements of qSOFA and other scores, and is able to securely notify the hospital that they’re on their way. And we hope that in future studies, an app like this can reduce time to antibiotics [mortality increases by 7% for every hour that antibiotics are delayed] and therapy inside a hospital.

So sort of like the activation systems already well in place for heart attack and stroke?

Exactly. Advanced notification in acute cardiovascular disease is a decade ahead of where we are at now for sepsis syndromes.

Christopher Seymour, MD, is Assistant Professor of Critical Care and Emergency Medicine at the University of Pittsburgh School of Medicine. His research focus is on the organization of critical care during pre-hospital care, particularly the development of early diagnostic and prognostic models to facilitate allocation of patients and early treatments for those with acute illness. Dr. Seymour works clinically in the Medical Intensive Care Unit at the University of Pittsburgh Medical Center Mercy Hospital.

Are you Dr. Christopher Seymour? Send us a message to review your photo and bio, and find out how to submit Creator Insights!
MDCalc loves calculator creators – researchers who, through intelligent and often complex methods, discover tools that describe scientific facts that can then be applied in practice. These are real scientific discoveries about the nature of the human body, which can be invaluable to physicians taking care of patients.
Content Contributors
Related Calcs
Have feedback about this calculator?