Use in the prehospital setting (i.e., by EMS providers) in patients with stroke symptoms.

Use in the prehospital setting (i.e., by EMS providers) in patients with stroke symptoms. 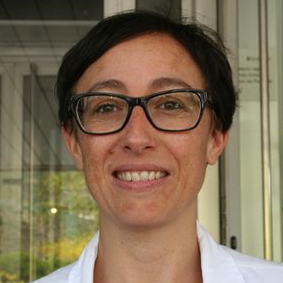 Why did you develop the RACE Scale? Was there a particular clinical experience or patient encounter that inspired you to create this tool for clinicians and/or prehospital providers?
Our experience in endovascular treatment from 2007 showed us that many patients, especially those transferred from remote centers, were frequently excluded because they arrived too late to benefit from revascularization therapies. After presenting a study at the European Stroke Conference analyzing the capacity of the NIHSS to predict large vessel occlusion, we had the idea of creating a shorter scale based on the items of the NIHSS with a stronger relation with large vessel occlusion (LVO), a simple scale that could be used at a prehospital level, with the aim of establishing in the future direct transfer models to accelerate access to endovascular treatment. During the next years, while our group was participating in the REVASCAT trial to demonstrate the benefit of endovascular treatment, simultaneously we worked on the development, validation and implementation of the RACE Scale in our region.

What pearls, pitfalls and/or tips do you have for users of the RACE Scale? Are there cases when it has been applied, interpreted, or used inappropriately?
The RACE Scale has a very high correlation with the NIHSS. In comparison with other simpler scales that include fewer items and simpler grading systems as present/absent instead of 0-1-2, the RACE shows a higher sensitivity and specificity. Simplifying the grading system of the RACE items reduces its predictive capacity (Carrera D, J Stroke Cerebrovasc Dis 2017).

The RACE Scale includes 5 items (facial, arm, leg, gaze-eye deviation, aphasia-agnosia). Users must remember that for the last item, only aphasia or agnosia must be evaluated, depending on the body side affected. Note that some patients may suffer only from aphasia with no motor impairment, and in this cases only the last item should be evaluated.

It's important to remember for arm and motor function: if the examiner observes a drop during 10 seconds (for the arm) or 5 seconds (for the leg) but without touching the bed or the surface, a 0 must be scored (even if there is an impairment!); score 1 if the patient can raise the arm or leg but touches the bed in 10 or 5 seconds, respectively; score 2 if the patient cannot raise the arm or leg and drops it immediately (complete hemiplegia).

Importantly, remember that the RACE Scale was developed as a severity grading system for stroke patients, but NOT for the diagnosis of stroke. Thus, some stroke patients can have a RACE score of 0, which means that there is a suspicion of an acute stroke with mild clinical impairment.

What recommendations do you have for providers once they have applied the RACE Scale score? Are there any adjustments or updates you would make to the score given recent changes in medicine?
The higher the RACE score, the higher the probability of having a large vessel occlusion. A cut-off point of RACE >4 allows detecting 80% of patients with a large vessel occlusion. However, we have to assume that about 25% of patients above this score will have a hemorrhagic stroke and 5% a mimic stroke. Adding some other clinical data as nausea/vomiting, headache or high blood pressure levels could improve the RACE Scale specificity to identify large vessel occlusion by ruling out hemorrhagic stroke patients.

Whether these patients identified on the field should be transferred to an endovascular facility is currently under study (in the RACECAT trial). Designing the optimal delivery system must be considered accordingly with local resources and geographical constraints.

You mention in the Discussion that 60% of patients transferred by EMS did not have a RACE Scale evaluated, and that those excluded had less severe strokes and less frequency of LVO. What implications does this have for your results?
In the validation study, the RACE was evaluated in 60% of the stroke code activations transferred by EMS. Nowadays, after training EMS professionals with a 4-hour online course, the RACE Scale is implemented in the entire region of Catalonia (7.5 million inhabitants), and compliance of the RACE scale is around 80%. A revalidation study including more than 900 patients in Catalonia shows similar results, with a sensitivity of 81% and specificity of 63% for the identification of large vessel occlusion.

Given that half of the patients were diagnosed with an LVO via transcranial doppler, do you have any thoughts on generalizability of this study to centers that do not use this modality?
The predictive value of the RACE scale has been revalidated after its implementation in Catalonia with more than 900 patients, most of them studied with angioTAC [CT angiogram], showing similar predictive value. Moreover, in the validation study only proximal occlusions, that are easily detected with transcranial doppler, were considered as LVO. Thus, in my opinion, these results are generalizable to other regions.

Is a bypass model appropriate in a rural setting when a longer transport time may delay IV thrombolysis but allow initial point of contact to be at a center with endovascular capability?
There is uncertainty about the equipoise between “drip and ship” (that prioritizes early IV thrombolysis and other standard-of-care therapies) and “mother-ship” (that prioritizes early endovascular thrombectomy) models. Data based on randomized controlled trials are needed.

The ongoing RACECAT trial (ClinicalTrials.gov NCT02795962) aims to evaluate if direct transfer of acute ischemic stroke patients with RACE >4 to an endovascular center, bypassing local stroke centers, compared to transfer to the closest local stroke center is safe and offers a better clinical outcome. In the absence of evidence, current guidelines recommend that for patients considered eligible for IV thrombolysis in the field, if estimated transfer time to the nearest primary stroke center is considerably shorter than time to a comprehensive stroke center (approximately more than 30–45 min), the drip and ship model should be considered (ESOC-Karolinska Stroke Update 2016).

Natalia Pérez de la Ossa, MD, PhD, is a neurologist and researcher at the Germans Trias Hospital in Catalonia. Among her main research topics of interest are diagnosis through multimodal neuroimaging and neurosonology, treatment of stroke in the acute phase, and prehospital organization in the treatment of stroke.

Are you Dr. Natalia Pérez de la Ossa? Send us a message to review your photo and bio, and find out how to submit Creator Insights!
MDCalc loves calculator creators – researchers who, through intelligent and often complex methods, discover tools that describe scientific facts that can then be applied in practice. These are real scientific discoveries about the nature of the human body, which can be invaluable to physicians taking care of patients.
Content Contributors
Related Calcs
Have feedback about this calculator?