Clears patients from cervical spine fracture clinically, without imaging.
When to Use
Pearls/Pitfalls
Why Use

The NEXUS Criteria represent a well-validated clinical decision aid that can be used to safely rule out cervical spine injury in alert, stable trauma patients without the need to obtain radiographic images.

The NEXUS Criteria were developed to help physicians determine whether cervical spine imaging could be safely avoided in appropriate patients. 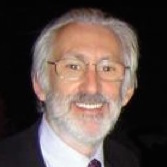 How did you define cervical spine tenderness - that the patient has to have midline tenderness to palpation (and show wincing on their face) or did any report of midline tenderness to palpation/pain count?
The notion that tenderness is quantifiable on a score without trusting the patient is crazy. Let’s go back and remember what this is about: our goal was never to get rid of negative c-spine films, our goal was to get rid of an extra percentage of those. 98% of them were already negative.
We wanted to see if there was a way to avoid doing a film in somebody that everyone in the world knows is okay, and we’re only doing it because we’re all scared.
When you know this patient is fine, can we help you [the doctor] have the courage to not order a test, and, in fact, simply by doing that we found we could get people to do half or a third or a fifth of the studies [c-spine imaging] that they already did.
The best decision instruments let us do what we know is right. We knew that some collection of simple characteristics was going to be right for NEXUS. And they were the five that we already knew were important. When you break your neck, there’s only a very limited number of ways you can manifest that: pain, tenderness and not wanting to move your neck.
What pearls, pitfalls and/or tips do you have for users of the NEXUS Criteria? Are there cases in which they have been applied, interpreted, or used inappropriately?
When we made NEXUS we decided it could not have more than 5 parts to it. We knew people wouldn’t fill out the form well if there’s too much information to fill out.
People get NEXUS wrong all the time. I’m sure people misuse it, but it’s so crystal clear that if you have a neck fracture you tell us about it in one of a few ways – pain or tenderness.
I’m not a big fan of mechanism of injury – even if we know exactly what happened, going by mechanism often only adds more false positives.
What recommendations do you have for health care providers once they have applied the NEXUS Criteria? Are there any adjustments or updates you would make to the criteria given recent changes in medicine? Are there mechanisms that should get plain films first, or not get plain films first? Thoughts on increased CT utilization?
Overdiagnosis is a major problem – especially with CT. If we’d done this study today with increased CT utilization, we probably would have had a more specific rule and a less sensitive one, because we would have found all these little 'ditzels' that aren’t actually clinically relevant or important. [MDCalc note: The NEXUS paper defines a number of fractures as “clinically insignificant,” as they typically do not lead to neurologic compromise.]
What are your thoughts on C-collars?
They’re probably not terribly important. I have to say that collars are harmful if you’re in them for an hour, as patients then do develop tenderness and pain, which then complicates things. One solution, particularly in urban systems where you can be seen very quickly [from ground ambulance transport], is anytime someone comes in on a backboard you immediately clear them. 90% of them can be cleared, and then it’s done and makes it easy.
The collar probably doesn’t do anything. Most people don’t have a fracture, most people who are awake and alert aren’t going to move their neck to protect their spine if they do have a fracture; on the other hand, some are going to be a little altered and can’t protect them. It’s perfectly reasonable to put a collar on or keep one on when you’re reasonably suspicious of a fracture.
Finally -- any other comments? Any new research or papers on this topic in the pipeline?
The most important things I’d like users to know:

Jerome Hoffman, MD, is the associate program director of emergency medicine and acute care at UCLA. He is also professor emeritus of medicine and emergency medicine. Dr. Hoffman has directed the UCLA Doctoring Program for more than 20 years, and his research focuses on Health Services Research and Clinical Decision Making, as well as in areas related to Medical Education.