The Glasgow Coma Scale is an adopted standard for assessment of impaired consciousness and coma in the acutely ill trauma and non-trauma patient and assists with predictions of neurological outcomes (complications, impaired recovery) and mortality. 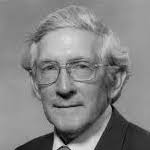 Bryan Jennett, MD, (d. 2008) was a neurosurgeon, professor of neurosurgery, and dean of medicine at the University of Glasgow in Scotland. In 1992, he was named Commander of the Order of the British Empire (CBE). Dr. Jennett’s primary research was focused on prognosis after head injury and criteria for brain death.

Are you Dr. Bryan Jennett? Send us a message to review your photo and bio, and find out how to submit Creator Insights!
MDCalc loves calculator creators – researchers who, through intelligent and often complex methods, discover tools that describe scientific facts that can then be applied in practice. These are real scientific discoveries about the nature of the human body, which can be invaluable to physicians taking care of patients. 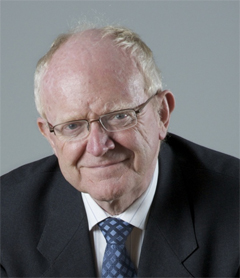 Why did you develop the Glasgow Coma Scale? Was there a clinical experience that inspired you to create this tool for clinicians?

As a junior doctor in the early 1970s, I saw that crucial decisions on patients with an acute brain injury were being taken on the findings of a chaotic mixture of many different, ill-defined systems for assessing their so-called “conscious level.” I saw how this created confusion about the severity of a patient's condition, how it undermined communication, and how this led to delays in detecting and acting on clinical changes and, most importantly, to avoid morbidity and mortality.

A better system of assessment was also needed to support Bryan Jennett's interests in prognosis by relating a patient's early severity to their outcome. We aimed for a method that would be widely acceptable, covering the spectrum of degrees of injury from many causes – beyond specialist neurosurgical units where only a minority of patients are managed. The result was deliberately called simply, “A practical scale for assessment of impaired consciousness and coma.”

What pearls, pitfalls and/or tips do you have for users of the Glasgow Coma Scale? Are there cases in which it has been applied, interpreted, or used inappropriately?

First: distinguish between the use of the Scale and its derived total or sum Score.

The purpose of the Scale is to describe and communicate the condition of an individual patient by separate, multidimensional rating of their eye, verbal and motor responses. It remains the appropriate method for this purpose.

The Score came a couple of years later. We had assigned numbers to the steps in each response so that they could be readily used in research; the temptation to aggregate the 3 into a total score became irresistible! The total score is very useful as a summary of severity in groups and in classification. It does provide a rough index in an individual but conveys less information than the scale. If one or other response cannot be assessed, a total score cannot be derived but the information in the remaining responses of the scale can still inform management.

Second: the reliability of the scale can be high, but cannot be assumed, nor left to chance.

In the course of a review of the scale I became aware that over the years of the emergence of quite wide variations both in how it is assessed and in the level of reproducibility. Consistent assessment is promoted by training and experience and to support these we have set up a website containing a video setting out a standard, structured approach (GlasgowComaScale.org).

Are there any adjustments or updates you would make to the scale given recent changes in medicine like imaging, or the data and research we now have on concussion?

I've often considered the need for changes and am aware of many proposals. Derivatives from the scale have been described but have reflected limited perspectives. A view that it is too complex has led to an assessment limited to only 3 steps in the motor scale, the Simplified Motor Scale; this may have application in immediate triage in severe injuries but is inadequate for the great majority of patients with lesser injuries. Views that a more elaborate system incorporating more features is needed, for example in neuro intensive care, overlook that it was always intended that other signs should be assessed, but alongside the scale, not lumped into even more complex scores.

The scale seems still to be valuable in providing a common language across the full spectrum of responsiveness in a wide range of clinical circumstances. I have not been persuaded that changes are appropriate, apart from simplifying and tidying up some of the terms.

Assessment of a patient with the scale and the use of other investigations such as imaging have interacting and overlapping places in management. The findings of the scale provide indications for performing imaging, and for then interpreting the clinical implications of its findings. A scan doesn't tell you what the patient is like.

The challenge in working on concussion is the lack of an independent, biologically sound, way of separating it out sharply and definitely within the spectrum of mild, trauma-induced brain disturbances. Agreement on practical, operational thresholds, perhaps based on degrees and durations of impairment of orientation and eye opening, might help research and clinical care.

Other comments? Any new research or papers on this topic in the pipeline? Having developed the tool in 1974, any thoughts on how widespread its use has become (even being applied to atraumatic changes in consciousness)?

The 40th birthday of the scale was the lever used by some colleagues to stimulate me to join them in conducting a thorough review of how it had fared, where it is now and what might be appropriate in future.

The outputs from this include:

Perhaps the most eloquent confirmation that the scale has found value and widespread acceptance for many purposes came in the finding in a survey, done as part of the review, that it is now used by neurosurgeons in more than 80 countries across the world and has been translated into some 60 languages.