Use in women ≥18 years old with unprovoked VTE. Do not use in patients with any of the following at the time of VTE diagnosis: leg fracture, lower-extremity plaster cast, immobilization >3 days, general anesthesia <3 months before, or cancer diagnosis within 5 years.

When to Use
Why Use

Indefinite anticoagulation is burdensome and associated with bleeding risk. The HERDOO2 Rule can identify patients who have very low risk of recurrent VTE and can therefore safely stop anticoagulation in the short term. 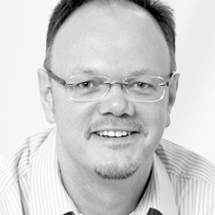 Why did you develop the HERDOO2 Rule? Was there a particular clinical experience or patient encounter that inspired you to create this tool for clinicians?

The impetus behind developing the score was the controversy about duration of anticoagulation for patients that don’t have strongly-provoked clots. For those with strongly-provoked clots, it’s clear that they can stop their anticoagulants because they have a low risk of developing recurrence. For the rest of the patients, though, there’s this controversy that goes back 15, 20 years: should we anticoagulate them forever, or short term? There is a very tight balance between developing long-term recurrence and having major bleeding on anticoagulation, and because of that tight balance, the guidelines have see-sawed between treat forever versus treat short-term.

What pearls, pitfalls and/or tips do you have for users of the HERDOO2 Rule? Do you know of cases when it has been applied, interpreted, or used inappropriately?

Age, BMI, and D-dimer are pretty objective, so they’re kind of hard for docs to mess up. Other than D-dimer—we did use a very specific D-dimer called the VIDAS D-dimer, and we haven’t published this yet, but we looked at the other D-dimers in our validation study. At the cutoff, which is half of the usual cutoff for diagnosis, there is a lot of variability, and the other D-dimers just don’t work. So that’s one worry—that people use it with the non-VIDAS D-dimers.

The second worry was the HER predictors, in either leg. Hyperpigmentation, edema, and redness are somewhat subjective. But it turns out that as a combination, they’ve got pretty good interobserver reliability, and we’ve published a study, on each of the predictors and the rule as a whole, and it works pretty well. We did the interobserver reliability study at multiple centers with multiple docs at multiple different levels of training, and they do a pretty darn good job of predicting the same things.

I think it’s because it’s the “any” criterion: any hyperpigmentation, any redness, any edema, as opposed to whether it’s severe or moderate or mild. I think docs have an easier job of saying whether something’s present or not, as opposed to getting a subjective cutoff like a “little bit”, a “moderate” amount, or a “ton”.

The other misconception is that if a patient has a pulmonary embolism, some docs think, “What’s the point of looking at their legs?” It turns out for PE, the HER predictors are just as good as if a patient’s had a deep vein thrombosis.

What recommendations do you have for doctors once they have applied the HERDOO2 Rule and found that the patient is “low risk”? How would you counsel the patient?

Is there additional research you’re conducting on the HERDOO2 Rule? Any plans to look at data about cost savings, or cost-benefit analyses?

We’re in the early phases of planning of a real world evaluation of the rule and what the risks are for recurrence in the real world in the centers where it’s used. It’s an administrative database study. We’ve had some discussions about cost-effectiveness work, but again, we’re still early in the planning.

I love MDCalc, and knowledge translation is a huge piece of the research, obviously. We worked on this for 16 years developing and validating it, but being on a journal’s website or a hard copy of a journal isn’t what makes it live; it’s being on sites like yours that makes it live.

Marc A. Rodger, MD, FRCP(C), MSc, is a professor in the department of medicine at the University of Ottawa. He is the chief and chair of the division of hematology and the head of the thrombosis program. Dr. Rodger is also a senior scientist at the Ottawa Hospital Research Institute.

Are you Dr. Marc A. Rodger? Send us a message to review your photo and bio, and find out how to submit Creator Insights!
MDCalc loves calculator creators – researchers who, through intelligent and often complex methods, discover tools that describe scientific facts that can then be applied in practice. These are real scientific discoveries about the nature of the human body, which can be invaluable to physicians taking care of patients.
Related Calcs
Have feedback about this calculator?